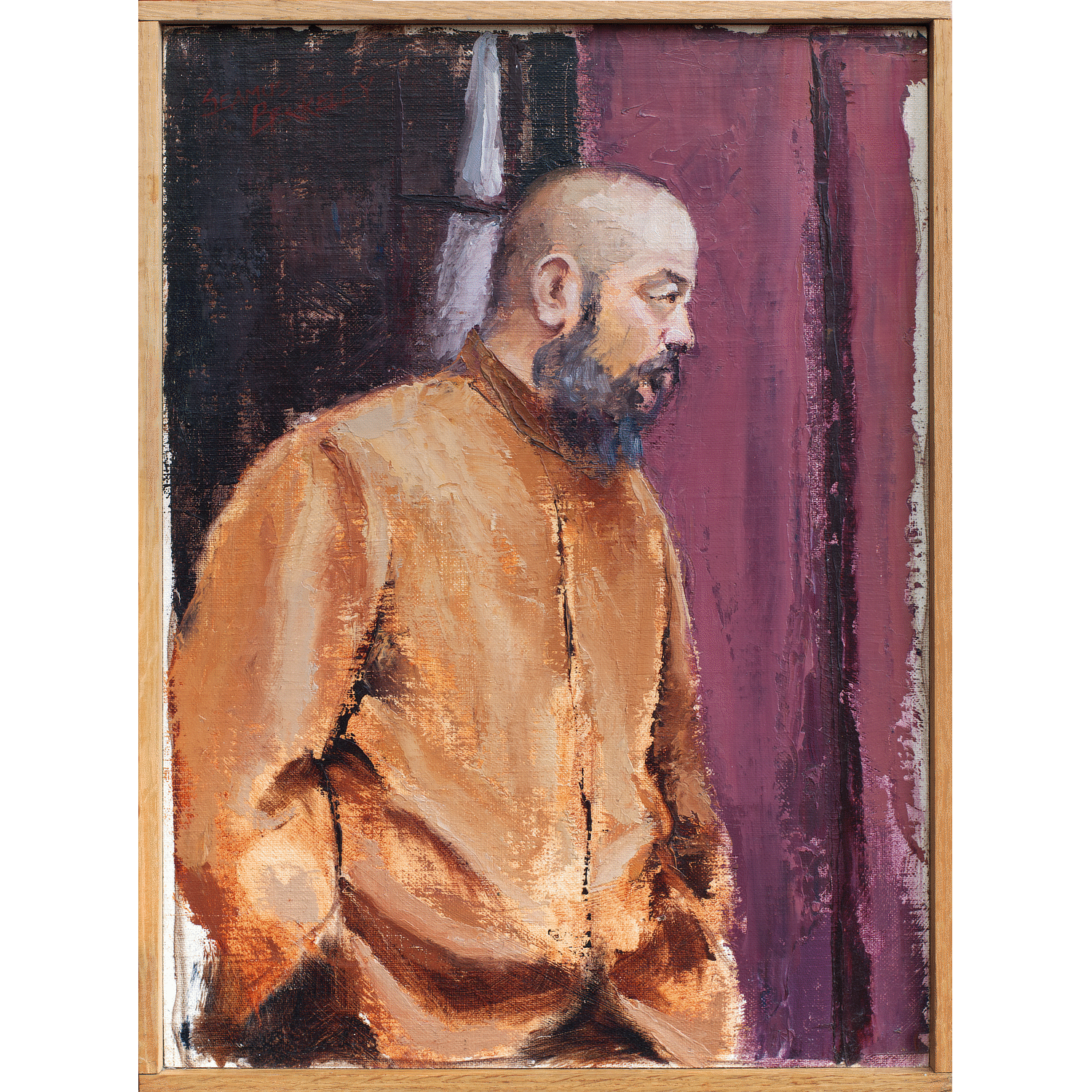 There was a parade going on in this ancient city of Pingyao in central China. Of course I was fascinated to see this local event in a country that was entirely new to me. The streets were packed with locals and visitors, who all seemed to be as equally attentive as I was. Most of the people watching were in contemporary attire—t-shirts, sneakers and jeans—as I was, so we all somewhat blended into the crowd. There was something different with this fellow though: he was wearing a more traditional outfit that appeared to be in keeping with the traditional tone of the parade. What was even more interesting to me though was his gaze: his focus was so intense that he really stood out from the crowd. He appeared to be so transfixed I wondered if he was intentionally posing for the camera!

Similar to the scene for Wondering, Pingyao, this was a moment when the world ceased, time froze and in my awareness there was only this person, standing, staring, focused, with me observing. These moments often occur when we travel to foreign places that we have not seen before; our senses are re-awakened by the unfamiliar. These moments are so memorable, I wonder if it is possible to invite them into our daily lives more often without needing to travel anywhere—can we see the world anew in our own backyard? Perhaps this painting could serve you as a reminder to remember that life is only a collection of moments like this one happening right now?

Save this product for later
Display prices in: USD

“Art is a celebration of life and creativity.”

To inquire about paintings or giclées contact Robyn Comfort at 510.984.4143 or by email.