My first visit to Thailand was excellent and I was drawn to go there again to see more art, paint and visit other areas of the country. Most of my trip so far was spent in cities, including the past two months in Shanghai, one of the largest cities in the world. Now, I wanted to go to a more rural setting. Laurel Bastian (who had joined me in Shanghai) and I, flew into Bangkok to meet with another friend, Katie Kolosovsky. The three of us made plans to travel to Chiang Mai, a city in the north of Thailand.

Chiang Mai is seven hundred years old and the second largest city in Thailand. The twelve-hour train ride from Bangkok was comfortable and scenic. We were met with the usual crowd of tut-tut drivers wanting to taxi us wherever we wanted to go, all the while promoting their favorite place to stay. We ended up at an inn run by Dave, an American ex-patriot of eleven-years.

The following morning was our first real view of the city. The oldest part of it had been walled with a moat. The moat is still in place as well as remnants of the wall. We found that this inner part was compact enough to walk around within a few hours. We also learned that a significant wat, the Doi Suthep, and most of the art museums were located outside of the inner center.

The Doi Suthep was located several kilometres north of the city. Motorbike rentals are readily available in Thailand. Renting one made getting to the wat a pleasant ride through the hills. This wat was impressive. It is located high above the city and has been immaculately cared for. 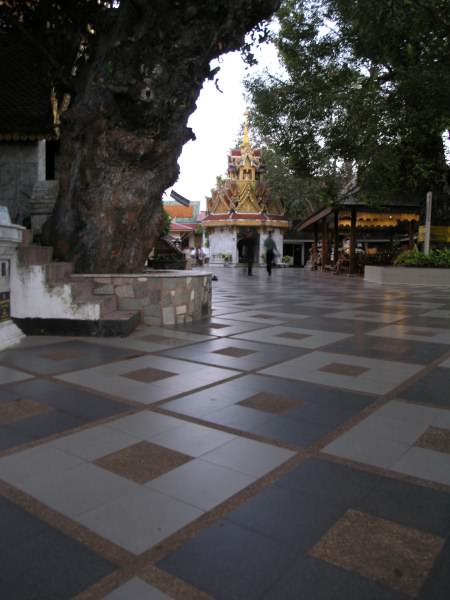 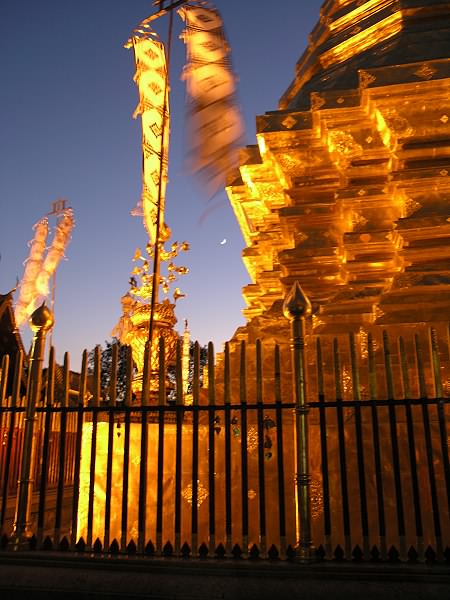 The next places to visit were the art museums, including the Chiang Mai National Museum . While the local cultural museum had some historical displays, there was little to hold my interest in the way of art. I had been told by a Chiang Mai resident to be sure to visit the Chiang Mai Art Museum. I was glad I took his advice – the museum had some of the best contemporary art on display that I have seen anywhere in the world.

The museum is connected with the Chiang Mai University. The current show on display was of Thai artists, and it was so impressive, I went to see it twice – the second time with camera in hand. You can see here a few of the pieces from the show. 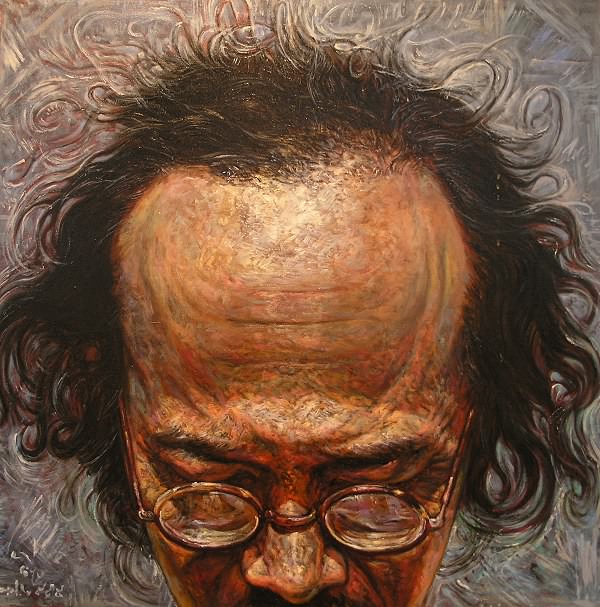 ‘Power of Life’, Oil on canvas 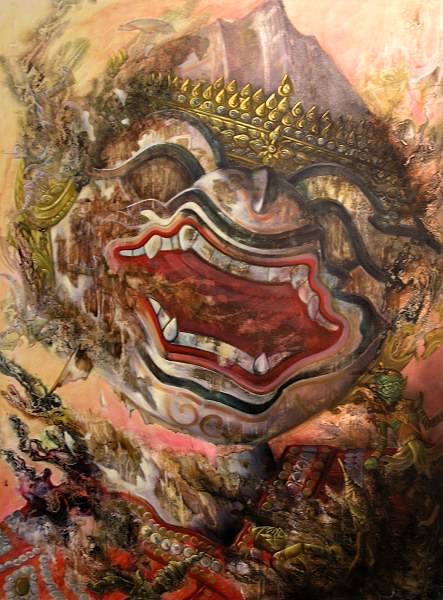 Mr. Viroj Ratanajamcharoen, ‘Monkey… where to go?’, Oil on canvas 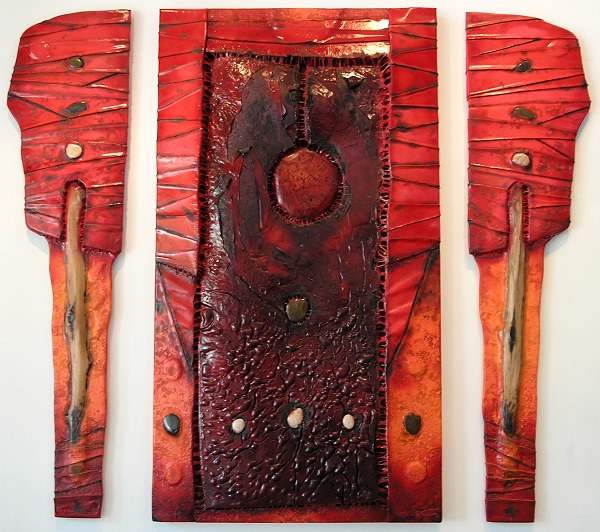 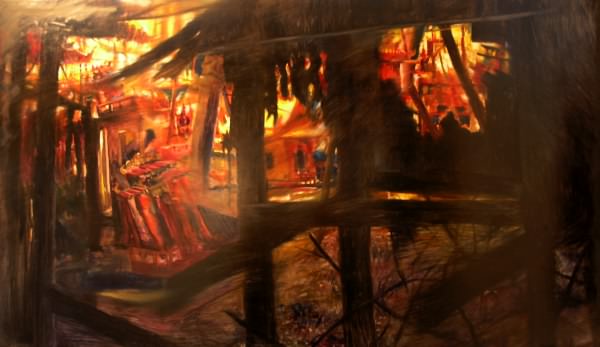 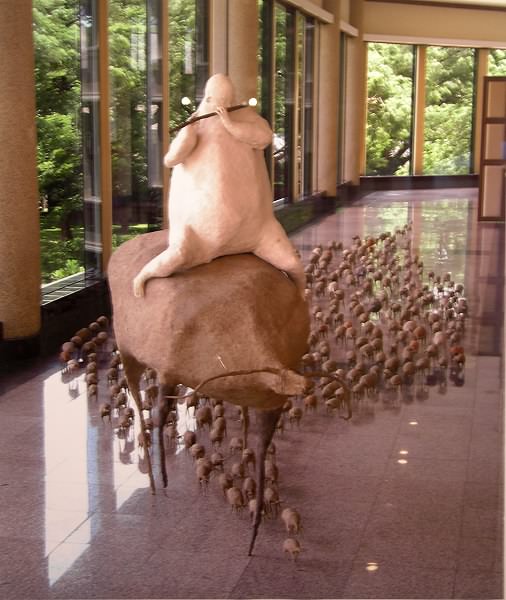 While the images give some notion of the work, they do not convey the quality of it. And there was more work on display than is shown here.

I had started this trip with the notion of seeing traditional art in Asia. It was inspiring to see high such quality contemporary work.

Next: A Trip to Luang Prabang