My flight to New Delhi, India landed late at night. I was met at the airport by my daughter Emily who was there to attend a friend’s wedding and visit with her Indian boyfriend, Gautam Gupta. Immediately, Delhi reminded me of Shanghai – lots of traffic and lots of smoke in the air. What would the morning bring, I wondered?

Early the next morning, my mind stopped wondering. Delhi was indeed polluted. The air was so thick that the sun was a barely visible disk just slightly brighter grey than surrounding sky. Heading out into the city was the next jarring experience. The streets were packed with people and it seemed every few feet someone was demanding my attention for money, an auto rickshaw ride or to buy a brush or blanket or food or shoes or CD’s. By the time I had walked to the train station, I was already close to my limit of tolerance when someone grabbed me by the arm to demand I take his auto richshaw. My body had an automatic reaction that, fortunately, I was able to stop just before it responded physically. 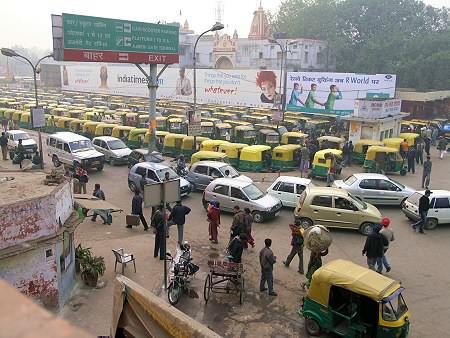 Over the next few days, I learned the best approach to walking through the crowds: stay focused and don’t acknowledge anyone even with the slightest eye contact. This advice came from Gautam and worked very well. People stopped asking and didn’t even try. It was interesting to hear several people from India tell me the same thing and that even they did not pay anyone heed since there have been too many instances of fraud.

After a couple of days of adjustment, I got back to my plan of seeing traditional art. The first stop was the Jama Masjid. I brought my camera for the trip expecting to photograph examples of Islamic art and architecture. This art was there indeed. What was better though, was the unexpected. It was here that I had the first experience of people wanting to pose for their photograph. This was an enjoyable and unexpected cultural difference that was repeated at every stop in India. 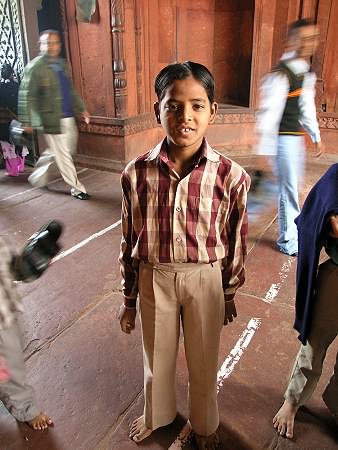 The next day I visited the National Gallery of Modern Art. This museum was definitely worthwhile visiting and many examples of Indian artwork. 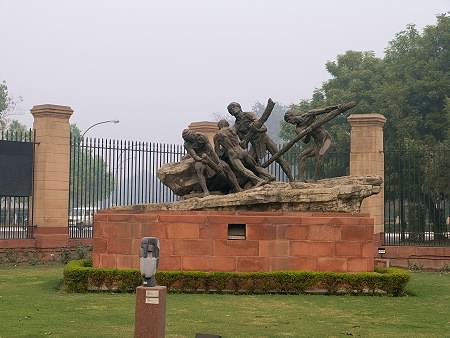 The discovery here was the paintings of Amrit Shergil who’s figurative and portrait work was outstanding. Her work was amazing especially because all of it had been done before her early death at the age of twenty-nine. 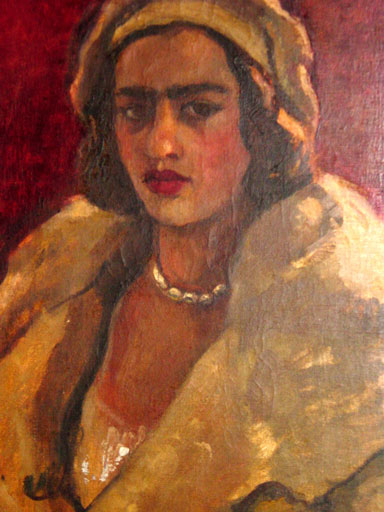 Next: A Trip to Bikaner, Rajasthan