Bangkok is another huge city with over six million residents. While the big cities are not my favorite places to spend time, Bangkok has its pluses. As in other parts of Thailand, the people are friendly and calm. The city is known as the ‘Venice of the East’ because of the wide Chao Phraya River which runs through its western side. Staying within walking distance of the river was great. There were inexpensive river taxis that ran frequently and stopped often along both banks. It was a refreshing means of transportation – a lot better than tuk-tuks and planes. 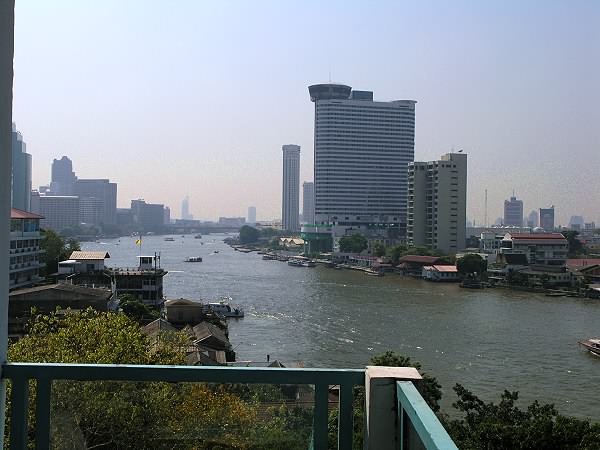 One of the stops made by the river taxis was a ten minute walk to the National Museum Bangkok. This museum is Thailand’s largest and had a significant collection of Buddhist imagery. On the day we visited the main temple was filled with young students drawing copies of the wall paintings.

Another museum nearby was the Art Gallery National Museum. This museum had a number of paintings that reflected Thai history.

While it was interesting to see the art in both of these museums, I was not hugely impressed. The work that I had seen in Art Museum of Chiang Mai made this work seem boring.

Next: On to India