A Trip to Louang Prabang

Luang Prabang was the most pleasant city I had visited so far. It is a small city (population estimates vary from 16,000 to 55,000) located at the junction of the Mekong and Nam Khan Rivers and has nearly thirty Buddhist wats within it. I suspect this explains why Louang Prabang is similar to other places in the tropics of Asia – the people were friendly and calm. 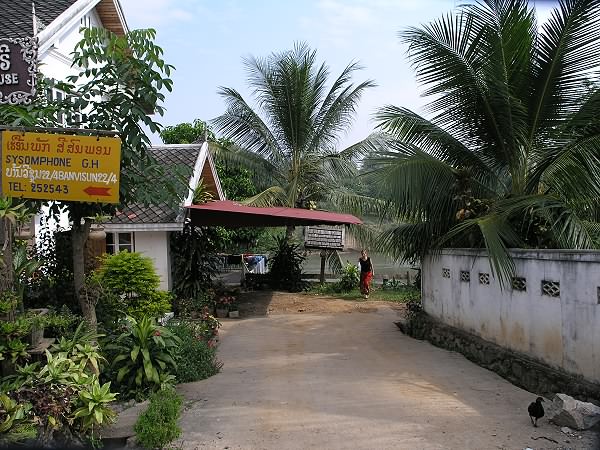 At one time, Louang Prabang had been the capital of Laos. It had also been colonized by the French. Their influence is still present in the French architecture style of many of the older buildings in the downtown.

The surrounding countryside just outside the city was a relatively easy ride on bicycle, which where available for rent everywhere. The lush valleys and hills presented some of the most memorable I had scenery so far. One particular bike trip brought us to the Tad Sadet waterfalls: 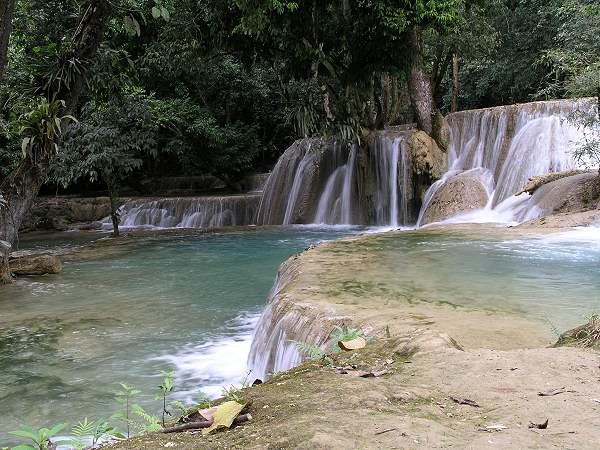 The color of the water really was deep aqua and the stepped falls were formed over the years by mineral deposits. The whole setting was, thankfully, not ‘dressed-up’ for tourists.

Getting to Louang Prabang was its own adventure. I had first heard of the place from other travelers while in Thailand. Several people from France had told me about a river trip through Laos that lead to the city. It sounded interesting and the trip was planned in that direction. Like Louang Prabang, the whole river trip turned out to be one of the most spectacular scenic settings of the journey so far.

The boat trip started in the northwest of Laos in a town called Huay Xai just across the border from Thailand. The two day trip went through very remote areas. For eight hours the first day and ten hours the second we sat on small wooden benches in a crowded wooden boat that barely floated above the water line. Everywhere there were densely forested hills dotted with an occasional hut or small village. Every turn presented another scene like this one: 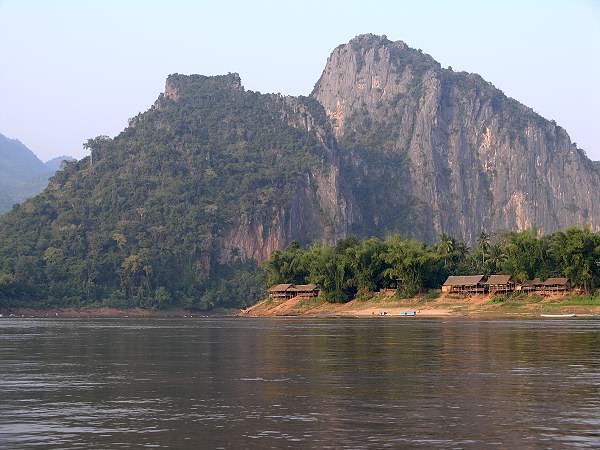 Notions were beginning to brew in my mind. A combination of art influences from Asia and this scenery lead to some new ideas for painting. What follows are a few images of the trip and related studies: 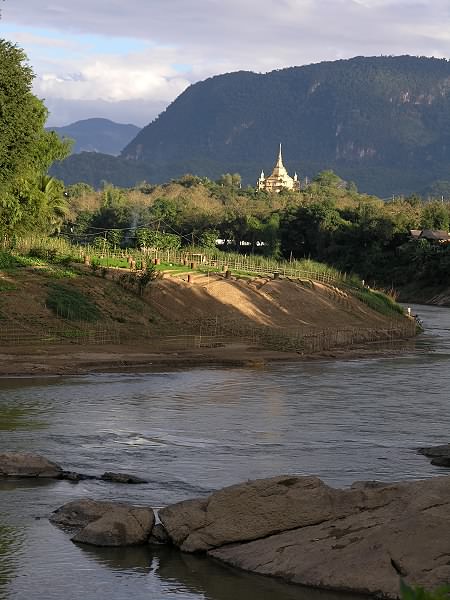 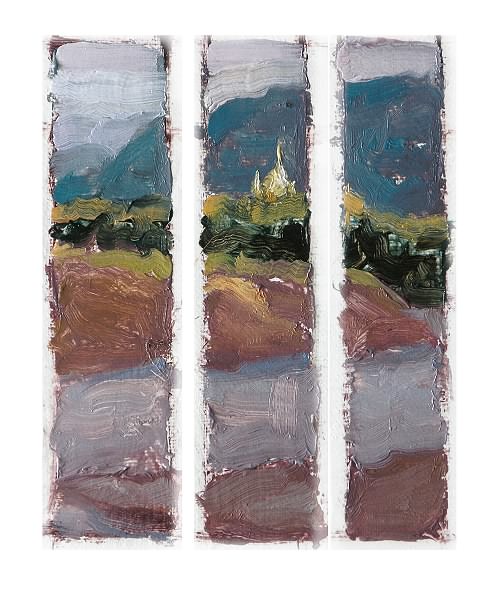 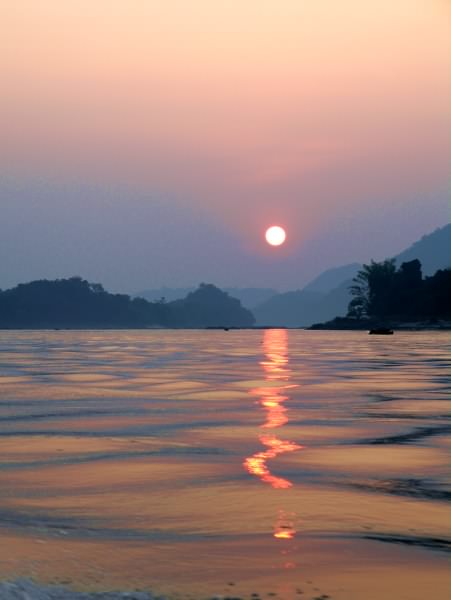 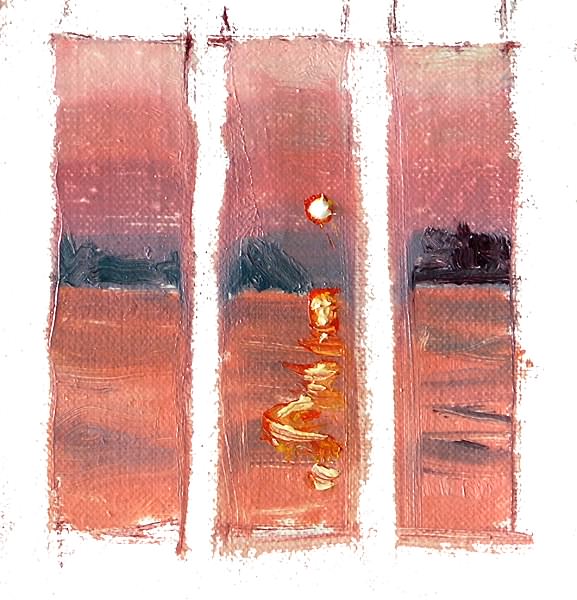 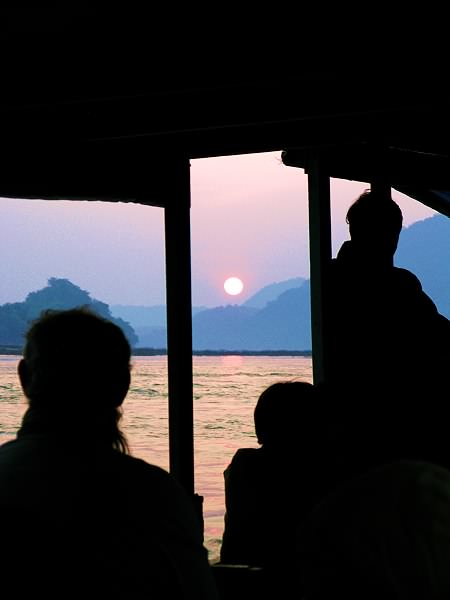 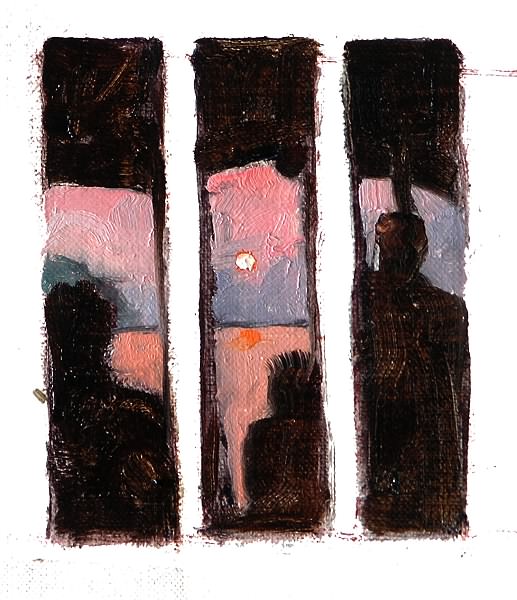 Next: Back to Bangkok